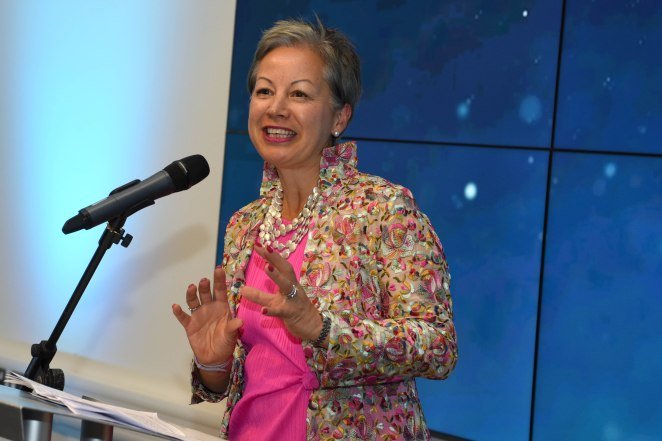 Here’s his take on why these awards are vital in helping steer the aspiration of greater diversity in Tech.

Last night the inaugural Midlands Women in Technology Awards showcased some of the region’s brightest stars in Tech.

Keynote speaker Jacqueline de Rojas expressed her joy in seeing an awards event celebrating the contribution of women in STEM (Science, Technology, Engineering and Mathematics) outside of London.

This was an important event to host, showcase and talk about. The lack of gender diversity in technology exposes vulnerability in this sector for our region.

Technology is shaping our lives in ways we could not envisage in the past. It is vital, in order to be at the cutting edge, to attract, retrain and foster the greatest talent available.

It’s vital women in technology are recognised and their achievements showcased in order to inspire those who want to succeed in the industry. If young girls read about and see other females achieving success in technology, it can only be beneficial in helping achieve their aspirations.

I envisage these awards growing year on year. Technology is moving at the speed of light, its bewildering for those of us entrenched in analogue lifestyles. In Manchester this week, I struggled to hail a cab, every one that passed operated under the umbrella of a tech start up operation bookable via an app.

Earlier this week, I tweeted about the Laundromat at my daughter’s University Halls where the washing machine has an app built in which notifies her when the washing cycle is complete.

This was read by 14,000 people and attracted 95 likes. Technology and the Internet of Things will increasingly design our lifestyles and life choices. It’s something we either embrace, in the way Women in Tech Awards do or we risk being left behind, on the side of the road hailing a cab that no longer exists.

Congratulations to all finalists at Midlands Women in Tech Awards 2019. Here’s a list of the night’s winners:

Jas Sansi is a freelance photographer based in Birmingham, Diversity Trustee for LoveBrum and contributor to The Asian Today newspaper.

Hall of Fame at Innovation Birmingham
We are pleased to announce Headline Sponsor...