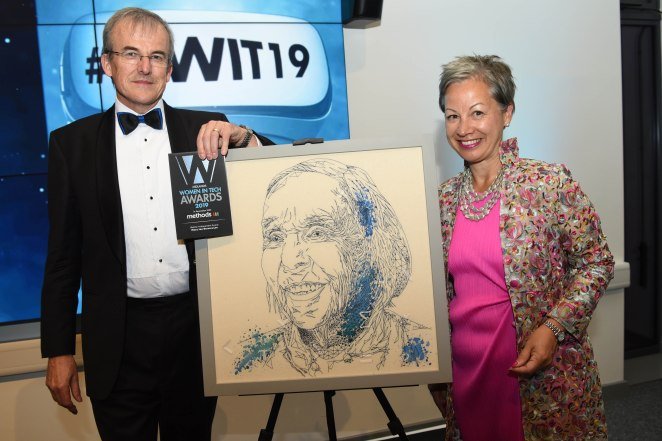 Midlands Women in Tech, and the woman who pioneered change in the industry.

The first ever Midlands Women in Tech Awards (MWITA) was held at I_Centrum at Innovation Birmingham last night. The aim of the awards is to raise the visibility of women in technology in the region and enable the next generation ‘to see it and therefore aspire to it’. Currently, just 17% of those working in technology in the UK are female and according to a recent survey by PWC only 3% of young women have technology as their first career choice.

The award ceremony was a hugely inspiring event and a highlight of it was the lifetime achievement award which went to Mary Lee Berners-Lee, who was born and educated in Birmingham. Berners-Lee was a pioneering computer scientist and in 1951 helped programme the first commercial computer: the Ferranti Mark 1, following guidelines written by Alan Turing. Not only was her work revered but she was also an active campaigner for equality in the workplace, leading a successful equal pay campaign at Ferranti before setting up independently, working from her home to enable her to raise her children, and as a result becoming one of the world’s first freelance programmers. Her family followed in her footsteps and her son Tim Berners-Lee is credited as the inventor of the internet. What a family legacy.

As part of her lifetime achievement award a newly-commissioned portrait of Mary Lee Berners-Lee was unveiled, created by Birmingham-based embroidery artists, Imogen Morris. The artwork will be on display in the Hall of Fame at Innovation Birmingham. The artwork, created to celebrate a life’s work of innovation in technology, is by embroidery artist Imogen Morris. The image is made up of a series of triangles connected to one another built up over three layers, and beneath the portrait, as a homage to Berners-Lee’s scientific and mathematical background, algebraic and mathematical symbols have been embedded. Morris often uses triangles in her work as a symbol of strength,she says of the artwork: “Mary Lee was a woman based in a very male-dominated industry, to hold her own in that time she needed self-belief and tenacity. The triangle symbolises that inner strength that Mary Lee and other women hold when fighting for equality.”

As a purpose-led business we commend both the work and values of such an extraordinary woman, and hope to support many more generations of women in technology.